Who Is Roland Eva And Why Should You Believe Anything That He Has To Say?

Direct response marketing is a little known and incredibly powerful form of marketing.

When you combine the secrets of direct response marketing with upfront value, storytelling, social proof and an irresistible offer... then you get marketing dynamite.

That's no exaggeration. Seriously, do you know any other form of marketing that can turn an email database into a 6-figure campaign?

Create a stronger relationship with your database so every campaign creates more trust?

This is the foundation for sales today and sales tomorrow.

This increasing trust keeps people in your community for years. And gives you compound interest on every campaign you run.

Because every campaign creates more trust with your database.

More trust makes people want to work with you. So when you present the right offer they will buy from you over anyone else.

How Did A Bankrupt Cambridge Photographer Discover Marketing Dynamite? And How Did He Use It To Turn An Email Database Into £672,989 In Only 9 Days?

My name is Roland Eva and for 4 years I was Head of Marketing for the largest UK property training company. So I understand the cost and challenge of filling "discovery" events.

I know that you can fill events with Facebook and YouTube ads. And I know that this model is a very leaky bucket. 92% of leads do not convert into buyers. 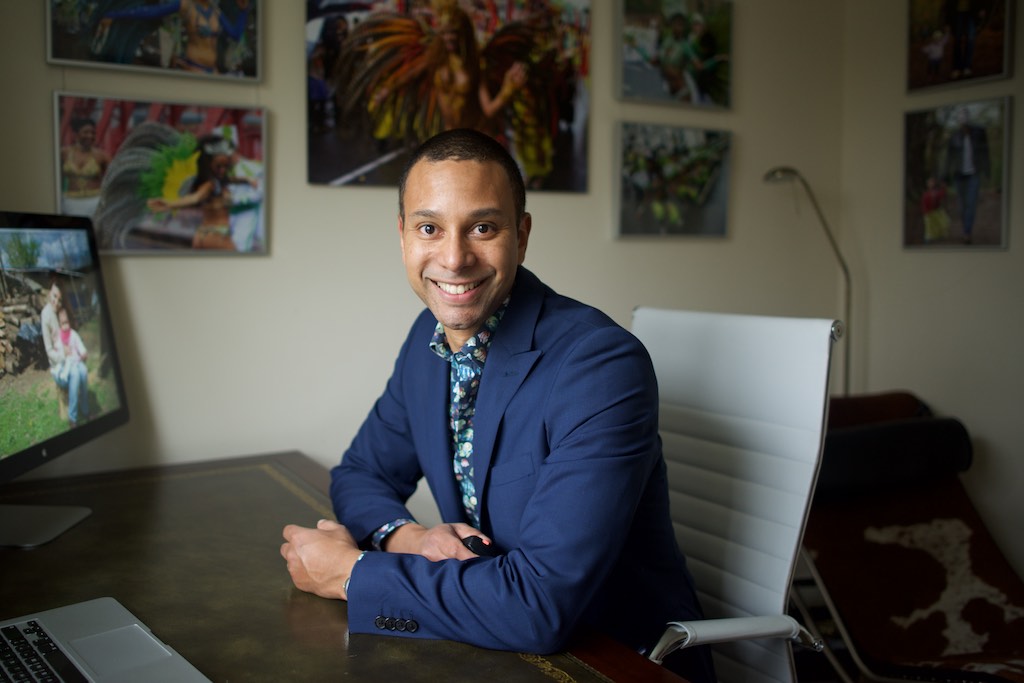 That's why I wondered...

If We Could Sell High-Ticket Workshops And Online Courses Without Running "Discovery" Events.

Guru's like Frank Kern told me it was possible. But he didn't show me how.

Knowing this was possible created a curiosity hook that kept me searching for a repeatable way to sell high-ticket workshops without a sales team... using only an email database and some web pages.

And I discovered a better way 3 months after my daughter was born.

In September 2014 my daughter was born. In December 2014, I took the month off to look after her.

Babies sleep a lot and when she was sleeping I was studying. I was learning about a new form of marketing called Product Launches.

I set myself a goal of knowing how to use this by New Year. So for 6 hours a day I was learning about Product Launches.

And... by New Year I understood how this complex system worked. Now I was desperate to test it in the real world.

The 5 January 2015 was the first working day of the year. My boss sat me down and said

"I want us to be the biggest name in the UK for a new business opportunity selling products on Amazon."

"The only way we can achieve this is with the new form of marketing that I've discovered." I said

To my great surprise he said "Okay, you're the Head of Marketing. Do what you think is best."

That was it. No resistance to the idea at all.

Then I told my team about the new discovery events we were selling and this new form of marketing that I believed would give us a giant leap in sales.

They thought I was crazy. They hated the idea because it was a lot more work. And it was an untested strategy.

Then I wrote the target on the wall.

That's when they thought I had lost my mind.

The good thing about being the boss is that I could force the idea through. The bad thing about doing this is that I backed myself into a very dangerous corner. To the point where if it didn't work. I wasn't sure I would have a job.

Because this was a brand new course. There was no lead generation budget. So, I couldn't fill the "discovery" events with Facebook ads, YouTube ads, or emailing paid lists.

The only tool I had was the database. The 92% to 95% of leads that had said No to every other business opportunity.

We put the campaign together and on the first day of sales, we sold 23 discovery events for £27.

At this point, everyone is looking at me like I had failed.

I told them that we just needed to make the next 8 days great. This was a bold thing to say because at this stage, this new form of marketing was only an academic idea. I had studied it. But I didn't know anyone that was actually using it. So I didn't know if it worked in the real world.

It was a simple idea that made sense to me.

It's a simple persuasion process that I believed would give us a giant leap in sales.

I breathed a sigh of relief and threw my hands in the air for a well earned victory.

Did the non-believers say "Roland, you're a genius."

No. Of course not.

The only thing everyone wanted to know was how we could improve things next time.

The Next Campaign Sold A £1,997 Online Course

I was terrified and excited about this new opportunity.

I was terrified because I didn't know if you could sell a £1,997 online course without a sales team.

This simple system was more powerful than anything I'd ever used before. So I couldn't wait to see the limits of this system.

We used the same campaign structure. And at the end of the 9 day sales window we made...

That's when I knew that this system could sell products and services at any price.

How does this system work?

That's exactly what I outline on my Turn Your Email Database Into A 6-Figure Campaign page.